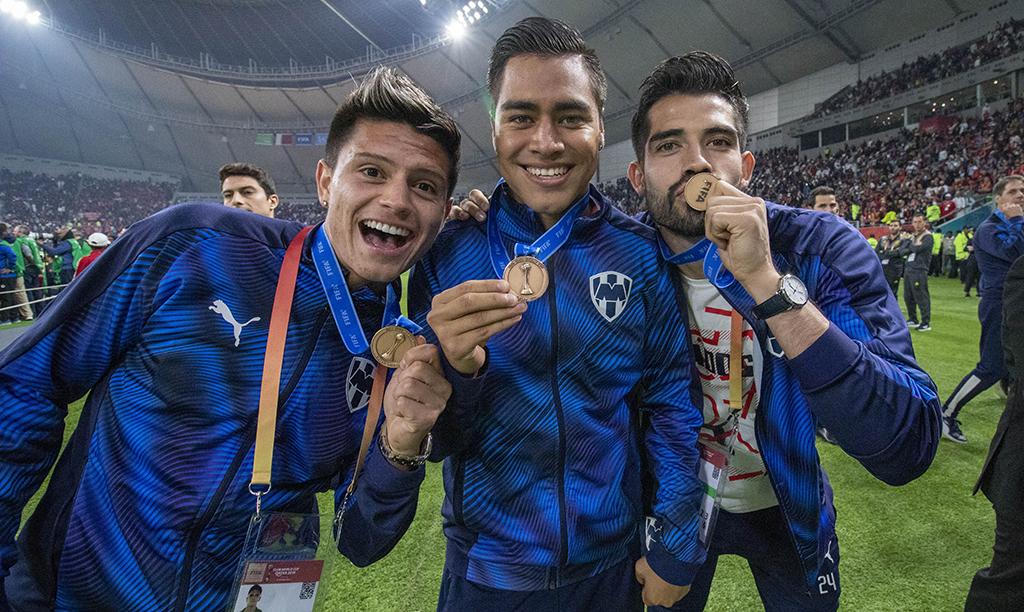 Club de Futbol Monterrey is proud of our participation on the FIFA Club World Cup 2019, where some players emerged from our Youth Teams participated on the Tournament.

On December, five Rayados, emerged from our Youth Teams, made their debuts on the Tournament, in which they got the Third Place.

Luis Cárdenas, César Montes, Jonathan González y Carlos Rodríguez have already played with the Team, and made their debut on the International Tournament, while William Mejía, who’s still playing with Rayados Under 20, made his debut on the game for the Third Place against Al-Hilal SC from Saudi Arabia.

Carlos Rodríguez scored his first goal on the Tournament in the Rayados debut game against Al-Sadd SC from Qatar at the 77th minute of the game, with gave Rayados the advantage 3-2.

While, Luis Cárdenas, debuted also on the game for the Third Place giving a great game, and saving two of four penalties and scoring the fourth for Rayados to win the Third Place of the Club World Cup. Also he became the Player of the Match.

In Club de Futbol Monterrey we keep in the fight for the objectives of the season, as well as the growth of our Youth Teams, whom we continue to promote in their integral formation In The Life And On The Field.